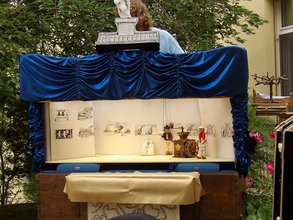 This is the headline in the puppeteer's flyer. Gernot Hildebrand offered us "something completely different" with his "Theatre from the Chest" from the 19th century with his performance of the mobile puppet theatre.

As an open-air event in the ambience of our paradisiacal Motherhouse Garden we were able to enjoy a few light-hearted and contemplative hours.

Mr Hildebrand explained the biographical background of Wilhelm Busch as well as the contemporary history of his works. After the seven pranks of Max and Moritz, the superior of the convent Sr Elisabeth encouraged the predominantly older sisters and brothers present to get a bit cheeky. Being cheeky is fun, but don't overdo it, because it will end badly.

The second play of the performance was completely different: Wilhelm Hauff wrote the profound fairy tale of the false prince. A gifted tailor, dissatisfied with his status, he believes he has what it takes to be a prince. He almost succeeds in achieving his goal through cunning and trickery, but then the swindle is exposed and he has to go back to his tailor's workshop. But then the miracle happens, he realises that he knows his trade royally.

.... and then the puppeteer moved on to his next theatre date in the neighbouring Konradshof - a living space for the family. 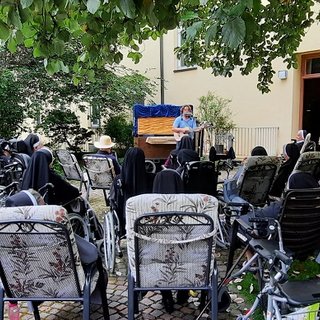 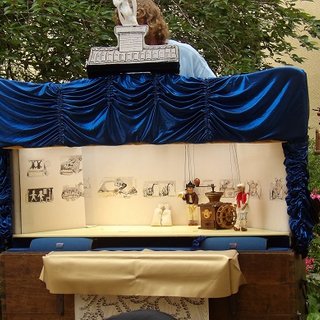 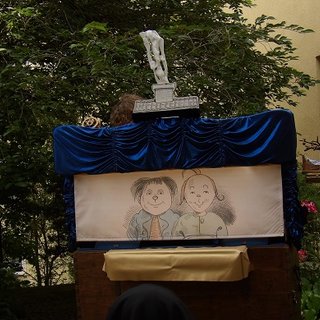 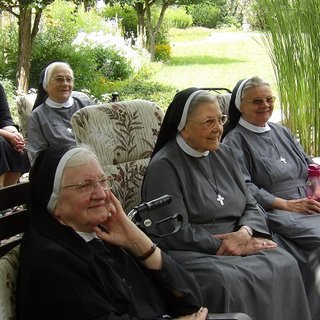 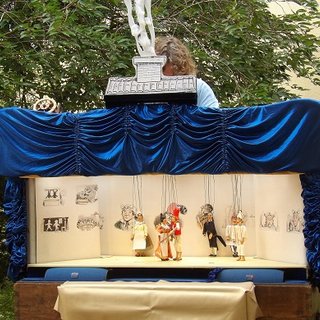 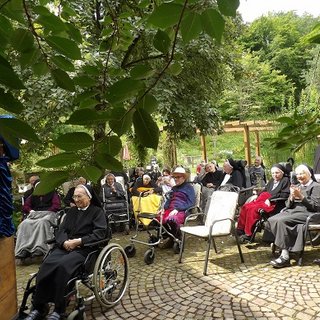 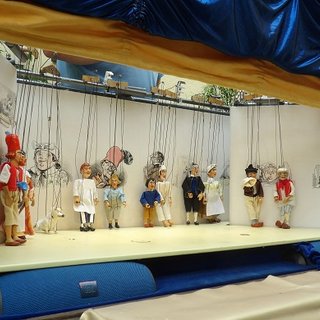