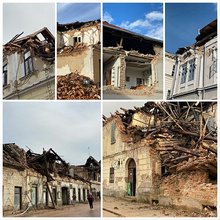 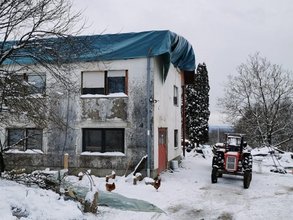 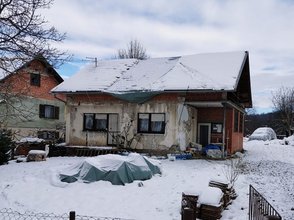 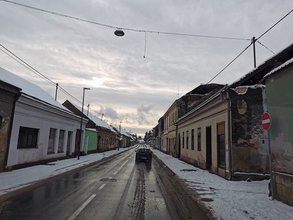 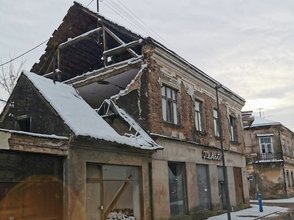 Shortly after Christmas, an earthquake shook Croatia several times. It was the second time this had happened in 2020. Help is urgently needed.

Since 2011, the Congregation has been running a state-of-the-art nursing home in Cugovec in Croatia. The village is about 40 km from the capital Zagreb. 50 residents live in the home named "Stepinčev dom". The 23 staff members are not only concerned about nursing the elderly, but also enrich their daily lives religiously and culturally.
Shortly after Christmas, there were several earthquakes in Croatia. The damage from the first quake in March was still visible and noticeable. The epicentre of the second quake was in the small town of Petrinja, 45 kilometres southeast of Zagreb.

Mia Liker is the director of the home. We asked her about the earthquake.

FS: Shortly after Christmas, an earthquake shook Croatia several times. How and where did you experience it?
ML: The epicentre was in the town of Petrinja, about 70 km away from us. But we still felt the quake very strongly. There was an incredible loud rumble, then it shook and rocked so strongly as if the earth were about to open up - it was most frightening. Since then, a feeling of anxiety and insecurity has persisted.

FS: How are the residents in the home? How are the staff and their families?
ML: To be honest, we have not yet come to terms with it. The earth keeps shaking. Aftershocks are normal, according to seismologists, but they wear on the nerves. Despite all this, my staff are doing an excellent job. They simply put their own fear aside and encourage the residents. I sometimes hear them say fearlessly: "It just shook a little again, but it's not too bad" - Hearing that is unbelievably good, because it’s hard to get over this shock.

FS: Is there also damage in Cugovec - to the home and the village?
ML: Thanks to the high-quality construction, our nursing home did not suffer any material damage.
What affects us all mentally is the feeling of powerlessness. We don’t know when there will be another earthquake and how strong it will be.

FS: In Germany, the media hardly report about this. The Corona pandemic will also make it difficult to help in Croatia. On top of that, it's winter. What is the current situation?
ML: Croatia is currently the saddest and poorest country in the European Union. We have the pandemic, the earthquake and a few days ago a severe cold spell.
The earthquake directly affected 150,000 people and indirectly, in terms of shock, fear and property damage, over 1 million people in Zagreb and its surroundings.
It is a difficult time. The people in the earthquake area have lost the roof over their heads and are now also exposed to rain, snow, ice and cold.
But what holds us together, gives comfort and hope in these days is the great solidarity of ordinary people from all over Croatia. Those who can, go to the area around the towns of Petrinja, Sisak and Glina and offer help. These are, for example, electricians, structural engineers, architects, bricklayers, roofers or cooks. They selflessly offer their skills and abilities.

FS: We would like to help, but the question is, how can our help meet the needs? What do the people most urgently need?
ML: The people there need everything that is necessary for normal survival. Starting with housing containers, to heaters, aggregates, food, warm clothes, hygiene articles and of course financial help.
This area was badly damaged in the war that raged in Croatia in the 1990s. It is the soup kitchen of Croatia. Now it has become the scene of a second tragedy within a period of 30 years.
I fear that the state of emergency will continue for a long time. What seems most important to me is to realise that help is needed not only today, but also in the months and years to come. The situation is very difficult. In these very long 30 seconds, people have lost the life they had until then.

Monika Lovric, who is our translator, adds:
"In the beginning, people were warned not to go there on their own, because everyone wanted to help and the danger of falling rubble and roof fragments was too great. In the meantime, a lot has been cleared away and many, very many people are working there voluntarily in areas they’ve been trained in. Electricians, structural engineers, bricklayers, etc. The solidarity is great. And it is important to keep this up..."

The pictures that reach us from Croatia need no words. We Franciscan Sisters are concerned that nothing is reported in the media in Germany about the situation of the people who live only about 650 km away from us. Above all, the fear, the sleeplessness and the cold weaken the people. Ms Lovric writes: "I can say from my own experience: even if your own home is still habitable, you are safe in it, but you feel unsafe, then you would rather live in a container." People from the earthquake zone, after moving into such containers or mobile houses, say: "Finally we are able to sleep." - "And that is really a lot. Being able to sleep. People take it for granted. But it is vital. Just as important as food and warmth!" adds Monika Lovric.

If you would like to contribute to our relief campaign, together with the people in Croatia we would be most obliged. Monetary donations are welcome, which we will use primarily to purchase power generators and heating stoves. We have reliable people on the ground who make sure that the aid really gets where it is needed the most.